SOMETIMES DREAMS ARE NOT ENOUGHT... YOU MUST ACT!

How the idea was born. The concept matured from an initial desire to create a sculpture dedicated to the Alta Langa territory, specifically to the town of Bossolasco, by evoking an event that took place during the Second World War. Amid the war reprisals and retaliations, a number of evading Jews took refuge in Bossolasco where, thanks to the township’s generosity and courage, their identities were kept hidden and the secret was maintained by the community for more than a year. I thought that this gesture, born spontaneously from the purity of heart of the people who never hesitated in putting their own lives at risk in order to save others’, deserves to be remembered and divulged.

Why the Angel? Hence, the image of the Angel comes to life: in many religious traditions, the angel is a spiritual being that assists and serves the deity, while at the same time participating alongside the humans during their earthly existence and their spiritual progress.The angel is a guide, a protector, the divine incarnation of an act of love and hope, present in the cultures and religions of every place and every time. In our case, it is the symbol of a community’s act of love and solidarity awakened in a place and time when it is needed, embracing everyone and everything with its wings. Accordingly, the angel is the key-concept, as are the feathers on its wings: a multitude that united in the struggle for a common goal can take to the sky.

The Bossolasco statue. The Angel of the Alta Langa, unveiled on June 7th, 2015 in Bossolasco, is an abstraction of the angelic figure: the head evokes a rose bud, an homage to the flower-symbol of the town; the wings are open in a welcoming embrace, a simple movement that embodies the spirit of love and brotherhood that defined this community. With its 3.5 meters in height and an aluminum structure executed with the help of techniques derived from aeronautics technology, the Angel’s dimensions and shape were meant to create an interaction with the observer, so as to give life, in some way, to the sensation of profound love that defines the figure itself.  The public can take place between the angel's wings, reconnecting, even only as a game, with their divine side, in a representation of a humanity that longs, aspires to Unity... The statue becomes not only the remembrance of the past, but also, in the desire to partake in its embrace, the human will to elevate mankind itself to a superior level, fitting, to put it in Leonardo Da Vinci’s own words, for our being the children of life-giving Harmony.

The “Angeli Itineranti” project. Before I even realized it, the project had become much more than a single monument dedicated to a particular memory. The strong symbolism of the angel could not be circumscribed to one place and event. Around us there are many more tales of love that deserve to be brought to light, and the strong emotional aspect of the statue makes it more than just a work of art: it can become a propelling force for other gestures of generosity, such as raising funds for humanitarian projects on the surrounding territory. In doing so, the Angel’s symbolism takes us beyond its initially dramatic aspect, and towards episodes of extreme joy and beauty that elevate the human spirit. The statue is not the epicenter of this force, but its starting point: the “Angeli Itineranti” project gives center stage to the public’s emotional participation to the event, encouraging an “awakening of the consciousness” by means of art - a concept present in many different cultures. The entire project will be documented step-by-step and the installation of the pieces will be celebrated with various types of artistic events (concerts, theatric performances etc.). Such events will not only celebrate the Angel, but also present the following traveling Angel and its own humanitarian project. Art becomes performance, and the performance becomes involvement, which then gives life to acts of kindness. Of course, the installation of the statue is not an ending, as the Angel continues to live and raise funds for future projects and for other Angel projects in poorer, more in need areas, all of which will be fully documented in order to allow perfect transparency and clarity. 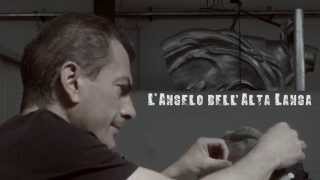 The Angel of the Alta Langa - Promo

PLEASE COPLETE THE FOLLOWING SPACES AND SEND US YOUR REQUEST